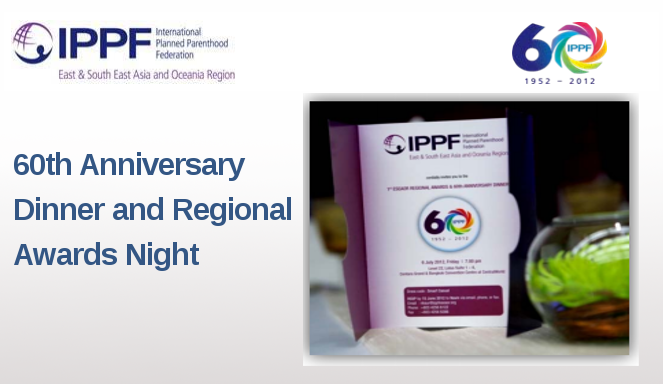 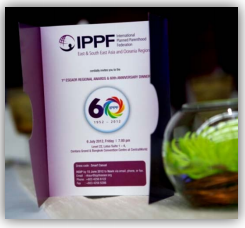 Anniversary in high spirits and good company at Centara Grand Hotel, Bangkok. The event was high lighted by the 1st Regional SRHR Awards and the inaugural event was attended by more than 150 guests from Member Associations, regional partners, and staff. Dr. Naomi Seboni, IPPF President, graced the occasion.

IPPF was first established by eight family planning organizations in 1952, two of which are from this region – Family Planning Association of Hong Kong (FPAHK) and Singapore Planned Parenthood Association (SSPA). Sixty years later, it now comprises of 153 Member Associations with a presence in more than 170 countries and providing sexual and reproductive health services to an estimated 36 million people annually. To observe this landmark event, IPPF ESEAOR 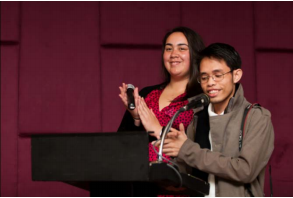 gave away its first ever awards for excellent contributions in the field of sexual and reproductive health and rights to deserving members of the IPPF family in the region.

IPPF ESEAOR proudly honored four outstanding individuals and one organization whose contributions to the promotion of sexual and reproductive health and rights have inspired their peers, colleagues, citizens and their organizations. 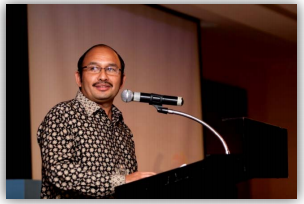 The evening was hosted by Jeross Aguilar and Catherine Tamaseu-Russell, Regional Executive Committee youth representatives from Philippines and New Zealand respectively. In his opening remarks, the Chair of ESEAO Regional Council, Dr. Kamaruzaman Ali, thanked everyone for joining in the IPPF celebrations and congratulated the award winners for their much-deserved accolade.

For her part, the President of IPPF Dr. Naomi Seboni 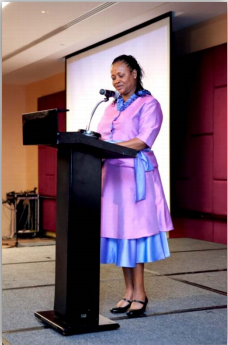 aptly captured the spirit of the region when she commented: “As I look at the diversity of the East and South East Asia and Oceania Region, I see a vast area stretching from New Zealand through the Pacific Islands to Japan, China across to Indonesia, Malaysia and Thailand, an area that contains some 2 billion people. Within it, a range of different religions and cultures, living in far more harmony than we see in other parts of the world. Within all of this we find the continuing need for sexual and reproductive health and rights and in particular to those most marginalized within our communities. And this region remains as relevant today within the IPPF family as it did in 1952.” 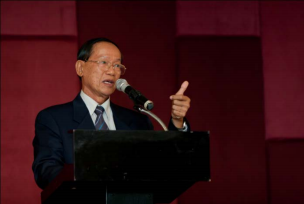 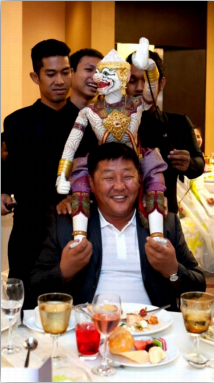 The evening then proceeded with words of welcome from the President of Planned Parenthood Association of Thailand, Prof. Damrong Reinprayoon and an excellent performance of puppet theater, depicting a story derived from the classic epic Ramayana performed by the internationally renowned Joe Louise Puppet Theatre. The audiences were delighted by the antics of the puppets that seemed to come alive in the hands of their skillful masters. 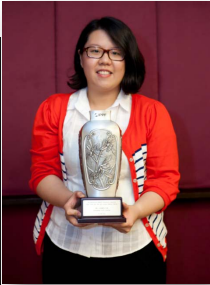 The awards ceremony kicked off with the presentation of the 2012 IPPF ESEAOR Youth Award to Ms. Carmen Pun, Youth Volunteer of the Family Planning Association of Hong Kong. Ms Pun was honored for significantly contributing to the promotion, realization and defense of sexual and reproductive health and rights, both prior to and during her tenure as a Member Association volunteer.

She was recognized for her creative and leadership role in implementing the Inter-Universities Sexuality Education Debate Contest as well as in the advocacy project which liaised with three schools in Hong Kong to allow the conduct of sexual and reproductive health workshops conducted by FPAHK volunteers using the problem-based learning approach for secondary two students.

The 2012 IPPF ESEAOR Award for Individual Volunteer Contribution to Sexual and Reproductive Health and Rights was presented to Mr. Rizal Malik, immediate past president of the Indonesian Planned Parenthood 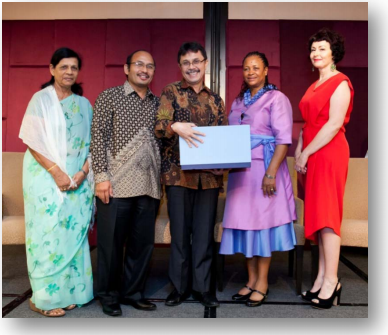 Association (IPPA). This award honors an individual volunteer who has over the length of his/her career significantly enhanced the promotion, realization or defense of sexual and reproductive health and rights.

Mr. Rizal was recognized for championing a rights-based approach to people development which he has deftly applied when he served as IPPA’s Chair. He also made significant contributions to IPPA’s new strategic plan for 2010 – 2020 which focuses not only on services through the association’s integrated clinics but also through related social, economic and cultural issues in Indonesian society.

Dr. Susan Fan, Executive Director of the Family Planning Association of Hong Kong (FPAHK) was given the Award for Outstanding Member Association Staff. This award honors an individual staff member who has significantly contributed to the prevention, realization or defense of sexual and reproductive health and rights during the course of employment at the Member Association. 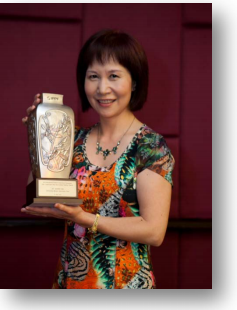 Susan was recognized for introducing a number of  trailblazing sexual and reproductive health programs into the MA, many of which are considered “firsts” in the territory. IPPF is especially proud of her boldness to launch Sexuality Education Activity Week in secondary schools, first Pre-Pregnancy Preparation Service, Sex Education Mobile Library, Hong Kong Sex Cultural Festival, and sexuality education kit for the mentally-challenged, among others.

The 2012 IPPF ESEAOR Outstanding Award for Contribution to Sexual and Reproductive Health and Rights was given to actress/singer Ms. Lea Salonga from the Philippines. This award honors social leaders outside of the federation who have taken decisive action in pursuit of the promotion, realization or defense of sexual and reproductive health as a basic human right and who have demonstrated a positive impact on the attainment of the IPPF mission and vision.

Lea was recognized for taking up the role of  Reproductive Health Ambassadress of the Philippines, a challenge that many artists of her stature may not be willing to accept because of 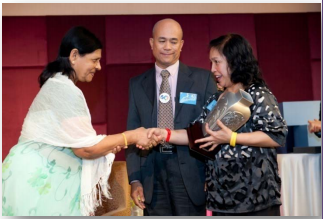 the risks it may pose to their career. Her bold and vocal defense of the Reproductive Health Bill helped bring to light women’s health and human rights at the center of the debate. Through her passionate advocacy in the media and on the web, she helped raise raised the awareness of Filipinos on sexual and reproductive health and rights. IPPF also noted with gratitude the international advocacy Lea is doing for the world’s young people. In her absence, representatives from the Family Planning Organization of the Philippines received the award.

Besides being a founding member of IPPF, FPAHK is being recognized for its outstanding family planning and other reproductive health services that are accessible and sustainable, strict adherence to quality of care, and cutting edge educational and advocacy initiatives around sexual and reproductive health and rights. 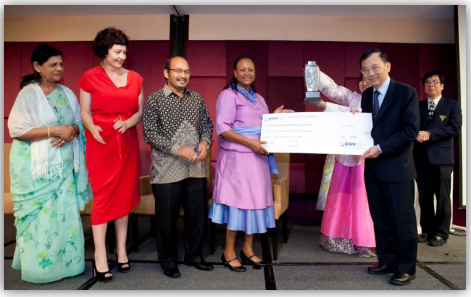 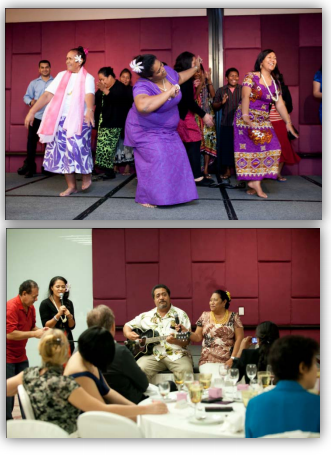 everyone of the mission they carry on their shoulders to create a better future for all. The night was capped with performances from Member Associations. 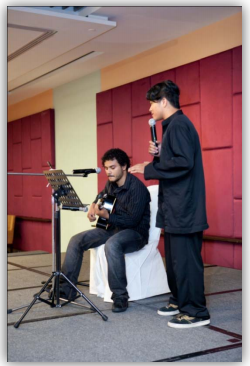